Art and the nature of belief

On 11th and 12th of October the Department of Philosophy at the University of York hosted an international conference on the topic of Art and the Nature of Belief, organised by Helen Bradley and Ema Sullivan-Bissett. The aim of the conference was to bring together philosophers of mind working on belief and its connection to truth with aestheticians working on beliefs gained from artworks. We thought that there was an opportunity for a significant philosophical interaction between belief theorists and aestheticians which would illuminate the nature of belief for both parties. The interaction was intended to present the belief theorist with pertinent questions regarding the status of beliefs formed as a result of engaging with art and, in turn, encourage aestheticians to further consider the relations between art, belief, and truth. The conference had 52 delegates, and a summary of each paper is given below.

Stacie Friend (Heythrop College) opened the conference with her paper ‘Reading and Representation’ in which she suggested new approaches to several issues concerned with our engagement with fiction. Greg Currie (University of York) and Anna Ichino (University of Nottingham) then co-presented their paper ‘Getting (More or Less) Rational Beliefs from Fiction’, Anna has blogged about their paper for imperfect cognitions here. James Young (University of Victoria) then gave his paper ‘Art, Perspectives, and Justified Beliefs’, in which he argued that the experience-taking which can take place when we engage in fiction, can give rise to not only beliefs, but justified beliefs.

Next we had a session on alief, beginning with Maria Forsberg (Stockholm University) presenting her paper ‘Explaining Phenomenological Proximity in Painting – on the Nature of the Causally Active Mental States’, in which she argued that an appeal to alief could explain the phenomenological difference between experiencing an original painting, and experiencing a copy of that same painting. This was followed by Allan Hazlett (University of Edinburgh) giving his paper ‘Alief that Amounts to Knowledge’ in which he argued that some aliefs which come about as a result of engaging with fiction can amount to knowledge, in those cases where such aliefs stand in the right relationship with the facts.

Peter Lamarque (University of York) finished off the first day of the conference with his paper ‘How Fiction Shapes Belief’. Here Peter argued that the content of a work of fiction is constituted by its mode of presentation, so content is identified opaquely in the narrative, under the perspective of narrative description.

The second day of the conference was opened by Lucy O’Brien (University College London) with a paper entitled ‘Novels as a Source of Self-Knowledge’. Lucy argued that we form beliefs when we engage in fiction, some of which are about ourselves, and which are epistemically respectable, because both the content of novels can act as evidence, as can our reactions to those contents.

We then had a session on aesthetic testimony. The session started with Daniel Whiting (University of Southampton) giving his paper ‘Rational Belief and Aesthetic Testimony’ in which he put forward a new argument for pessimism (the view that one cannot acquire aesthetic knowledge via testimony). Jon Robson (University of Nottingham) then gave his paper ‘Against Aesthetic Exceptionalism’ arguing that there are no good arguments for pessimism.

Our final session started with Geert Gooskens (University of Antwerp) presenting his paper ‘Photography and Trust’ in which he questioned the assumption that seeing a photograph of p is a good reason to believe that p whilst seeing a handmade picture of p is not a good reason to believe that p. Geert wanted to show that in both cases (not just the latter), a ‘leap of faith’ is involved on the part of the viewer.

Eva-Maria Konrad (University of Regensburg) closed the conference with her paper ‘Signposts of Factuality: On Genuine Assertions in Fictional Literature’. In this paper she presented a theory of fictionality which she claimed solved the problem of how we can gain knowledge from literature even though literary works are, at least sometimes, fictional works.

All twelve speakers really embraced the conference theme, and the useful interaction we envisaged was exactly achieved, with a fruitful discussion had by all involved. 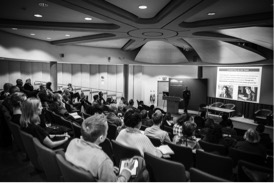 The Philosophy of Film Without Theory 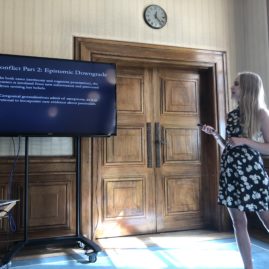 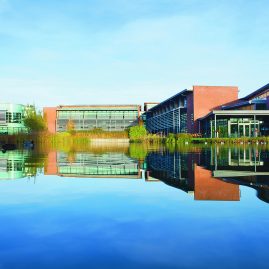 Narrative Justice: A British Society Of Aesthetics Conference On Aesthetic Education From Theory To Practice 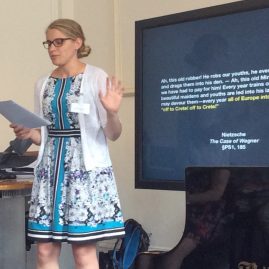 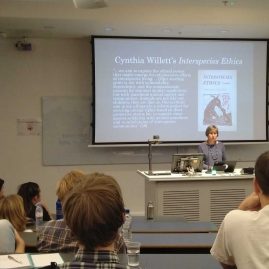 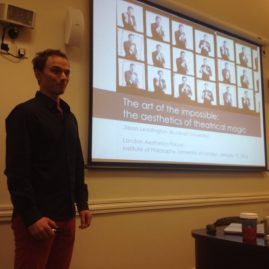 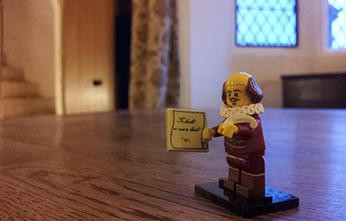