Documentaries and the Fiction/Nonfiction Divide 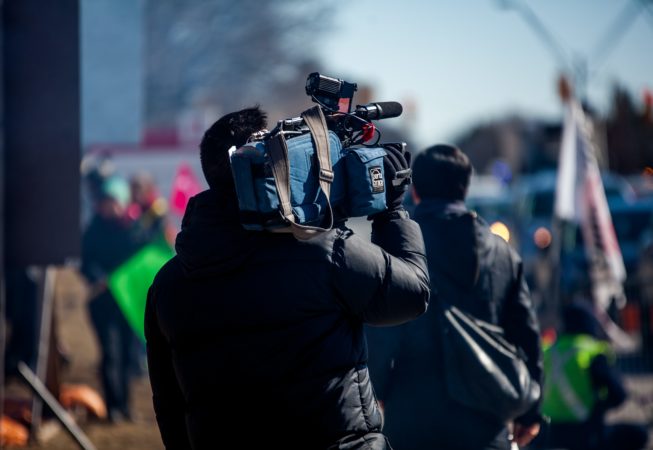 The aim of the conference was to revive the philosophical research on documentaries in the light of recent discussions of the fiction/nonfiction divide in analytic esthetics. The method consists in encouraging a dialogue on this issue with film critics and theorists, as well as with historians and practitioners. Film studies, indeed, have a longer tradition of doubting the neat division of fiction/nonfiction when it comes to documentary. Ultimately, the goal was to explore how film scholars can contribute to philosophical issues such as the fiction/nonfiction divide as much as philosophy can contribute to our appreciation of documentaries.

The first day was opened by a keynote speech by Brian Winston, who discussed philosophical approaches to the documentary from the point of view of film scholars. Then the talks by Patricia Holland and John Cook highlighted the contribution of the filmmaker Peter Watkins to this debate, while Katerina Loukopoulou and Stuart Mitchell considered the place of portraits and anti-heroes in documentaries. The philosophical approach became central in the talks given by Elizabeth Cantalamessa and Manuel García-Carpintero, who both addressed the relationship between documentaries and philosophical debates on the fiction/nonfiction divide. Lastly, the talk given by Catalin Brylla and that given by John Ellis provided a fruitful counterbalance by the fiction/nonfiction divide from the perspective of film scholars working on documentaries.

The second day was organized in two parallel sessions in order to allow a fairer selection given the quality and quantity of submissions received (approximately 60 individual and three pre-constituted-panel proposals). The opening sessions were two preconstituted panel, one on the fiction/nonfiction divide in Chinese cinema, with talks by Chris Berry,  Kiki Tianqi Yu and Lin Feng, and the other on borderline forms of documentary such as animation, comics and games, with talks given by Bella Honess Roe, Nina Mickwitz and Julia Eckel. The talks by Marco Meneghin and James Peter Moffatt addressed the issue of sound and music in documentaries, while that by Stefan Dux and Christian Iseli, and that by Michael Grabowski, considered the role of technologies and codes in the making of documentaries. Julian Koch’s talk focused on Oppenheimer’s The Act of Killing as a paradigmatic film that addresses by means of its images the issue of truth and falsity in documentaries, which Neri Marsili’s talk then addressed in philosophical terms. Gracia Ramirez’s and Natascha Drubek’s talks focused on case studies involving news and the representation of war, while the talks by Elizabeth Watkins’ and Zed Adams’ talks considered more technical and stylistic issues related to colorization and archives. The talks by Eric Studt and Inge Ejbye Sørensen discussed the case of documentaries made by means of Virtual Reality technologies. Lastly, Stacie Friend’s keynote speech highlighted how crucial is the connection between the fiction/nonfiction debate in philosophy and the research on documentaries in film studies.

The conference approached gender parity with 13 female presenters and 16 male ones (keynotes were 1 male and 1 female) which also reflected the gender ratios of the abstract/panel submissions authors. The organizers are currently preparing a proposal for the special issue of Studies in Documentary Cinema with altogether 6 authors (3 female and 3 male).