Beauty and Goodness: Exploring the Intersection 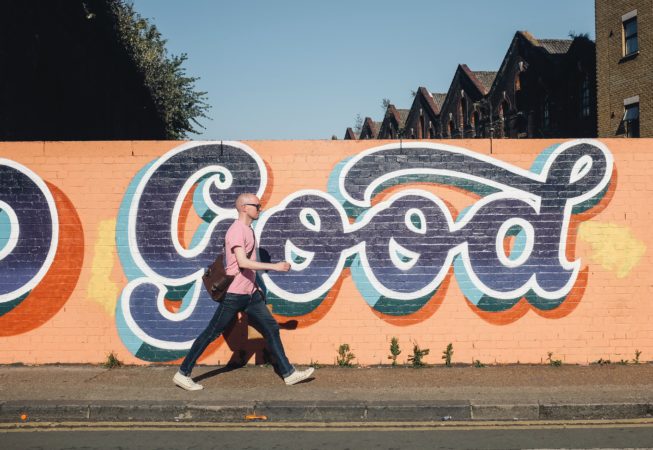 The aim of our conference was to advance the study of philosophical issues that emerge at the intersection of ethics and aesthetics. The event brought together ethicists and aestheticians in an effort to advance ethicists’ understanding of issues in aesthetics, and aestheticians’ understanding of issues in ethics. The talks covered a broad range of topics, such as: aesthetic vices and virtues; aesthetic agency; empathy through art; opacity, transparency, and ethical value; and the ethics and aesthetics of appreciating animals. Thanks to generous support from the British Society of Aesthetics and the Thought Trust, our conference took place on 19th and 20th September at the University of Southampton, and it comprised six regular papers and two keynote talks by Prof. Paul C. Taylor and Prof. Heather Widdows. Regular sessions lasted 90 minutes and keynote talks 120 minutes, which allowed plenty of time for lively and constructive discussion.

The first day of the conference opened with Brian McElwee and his paper “Vices of Over- and Under-demandingness in Ethics and Aesthetics”, which explored whether there is an aesthetic analogue of the vice of moralism, the disposition to too readily or too harshly engage in moral criticism. Continuing with the virtue approach, Alan Wilson argued in his paper “The Nature and Significance of Aesthetic Courage” that aesthetic courage is vital for the possession of other aesthetic virtues, such as creativity or aesthetic honesty, and for an aesthetically virtuous life. In her paper, “Looking at Animals: The Ethics and Aesthetics of proper Attention”, Samantha Vice argued that the appreciation of beauty in animals should focus on animation, on animals being perceived as minded, and that this aesthetic appreciation leads to the recognition of our moral duties toward them. Heather Widdows closed the day with her talk “Beautiful Girls are Good Girls”, in which she argued that a very narrow standard of physical beauty has become a global ethical ideal. According to this ideal, we are virtuous and live good lives insofar as we are firm, smooth, slim, and young. Given this radical change of paradigm, Prof. Widdows invited ethicists and aestheticians to pay attention to, and care more about, current social practices, so that philosophy has something meaningful to contribute to their discussion.

Jonathan Gingerich opened the second day with his paper “Aesthetic Agency”, in which he criticized moralized theories of agency, such as David Velleman’s, for treating aesthetic experiences as tangential to human life, and argued for the need of pluralistic theories of agency. Next, in her paper “Cinematic Humanism: Opacity and Transparency in Value Interaction”, Britt Harrison argued that the distinction between opaque and transparent appreciation of films impacts what we take to be moral values of works, and that it is therefore crucial for the value interaction debate. Contrary to recent criticism in philosophy, Stephen Bush argued in “Empathy in Ethics and Art” that empathy plays a crucial role in our moral life because of its salience and focus on individuals, and examined the work of Doris Salcedo to show that art can elicit empathy and moral concern for others without falling into sentimentalism. Finally, Paul Taylor closed the conference with his talk “Ethical Dimensions of Aesthetic Practice”, which emphasized the importance of philosophy as cultural criticism and motivated the need for a “prophetic” aesthetics. Prof Taylor invited professional ethicists and aestheticians not only to bring philosophy to new audiences and broaden the topics of concern, but to use the institutional resources at our disposal to criticize the shortcomings of our discipline and effect change.

Our programme featured two female speakers out of six regular sessions, and one keynote speaker out of two. This meant that female speakers made up for 37% of our programme. We are fully committed to continue working towards improving this figure on future occasions. We made sure female speakers were treated equally in all conference materials. We aimed at making the conference as accessible as possible. We were prepared to offer childcare for both days of our conference, although we didn’t receive any requests. We offered and used a hearing loop, our venue was wheelchair accessible and had nearby accessible toilets, and we offered a quiet room if required. Talks were followed by five-minute breaks before discussion, and we scheduled a fifteenminute break in between sessions. We also permitted written, rather than spoken, questions during discussion. Finally, we had funds available to offer four travel bursaries for early career researchers up to £100; unfortunately, in the end we were only able to award two because our other two delegates had to cancel their participation at the last minute.