BSA Synergy Conference: How to do things with Jokes 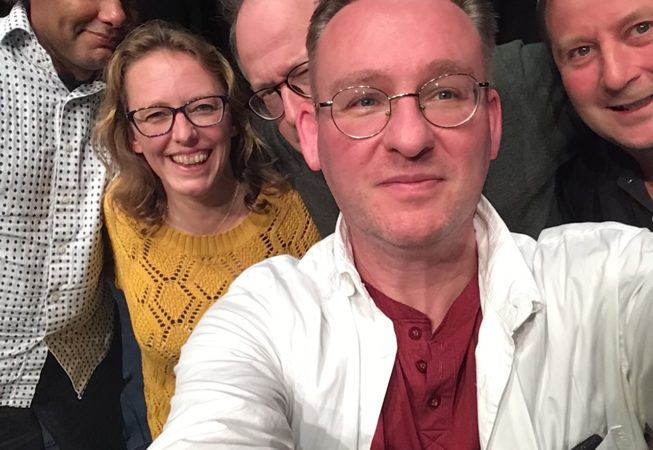 Analysing comedy is said to be like dissecting a frog: no-one’s that interested, and the frog dies.  But comedy writers and performers often analyse comedy: to craft new material or to perfect timing.

During October 2019 a BSA Synergy conference exploring the philosophy of comedy and humour was held at the University of Kent.  This was a collaboration between academics in Philosophy and Drama with a number of comedy practitioners.  Questions explored included: what happens when I laugh at others, and is it the same as when I laugh at myself?  What are the limits of racist humour?  When persecuted minorities laugh at persecuting majorities, can those whose identity means they are part of the majority not join in even if they are sympathetic to the minority?  How do puns work?  What is the nature of a comedy audience: how does one create one and how can it dissolve?  What is the nature of a comedy persona: how does it function and can it be called a work of art?  Keynote philosophy talks were given by Luvell Anderson (Syracuse), Noel Carroll (CUNY), Lucy O’Brien (UCL) and Rebecca Roache (Royal Holloway).  About one third of the open sessions were given by comedy practitioners.

As well as conventional keynote talks and open sessions, there was an open mic gig and two panel Q&As, chaired by Julian Baggini.  During these Q&As Robin Ince, Andy White and Rosie Wilby explored a number of the philosophical questions from their points of view as comedy writers and performers.  One of these panels was open to members of the public as part of the Canterbury Festival.  Some of the performances and panels were recorded and will be archived at the University of Kent as part of its Stand-up Comedy Archive.  The Archive is open to academics and the general public by prior arrangement.

What was lovely to see was the mixing of academics with practitioners.  During the conference it was difficult to pick out who was who, with some of the most astute analysis given by practitioners and some of the best gags delivered by the academics.