BSA Philosophy in the Gallery series 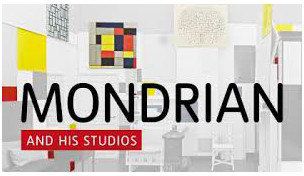 The BSA Philosophy in the Gallery Series ran between 2014 and 2016. It allowed us to host 14 speakers, who contributed to events that took place at leading cultural institutions in Liverpool, all aiming at linking philosophical discourse with art in the context of partner institutions’ exhibition, research and public engagement practices.

Funds were used to cover speakers’ expenses and, where possible, to photograph or film the events. The series has been met with enthusiasm both from the cultural institutions and the public. Events ranged from lectures to discussions between philosophers, artists, and curators and were all fully booked. Attracting a total of over 500 participants, this very successful series impacted positively on creating awareness of issues pertaining to Philosophy that fall under the British Society of Aesthetics’ mission and principles.

Following consultation with the BSA, we used part of the BSA Philosophy in the Gallery Series towards the costs of speakers whose interests converged, under the overarching theme explored at a day-event Galleries of Inquiry: Philosophy’s Contribution to Curating, Learning, and Public Engagement Practices of todays art
world, held at Bluecoat Arts Centre on 17 November 2016 (see http://www.thebluecoat.org.uk/events/view/events/3507).

Acknowledgments
We would like to warmly thank the Bluecoat, Tate Liverpool, Foundation for Art and Technology (FACT), and the Open Eye Gallery for their generous support, the many undergraduate and postgraduate students at the Philosophy Department, University of Liverpool for engaging as volunteers for this project, our audiences for their enthusiastic response to our events, the speakers for their most valuable contributions, and of course the British Society of Aesthetics that made it possible for us to be involved in such great project.