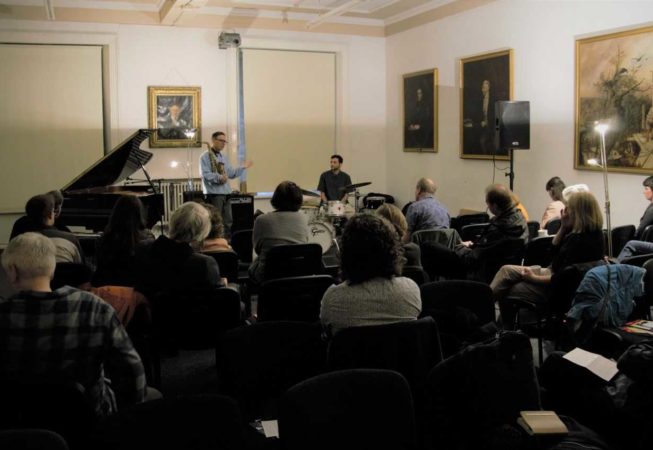 Part of Newcastle Festival of Jazz and Improvised Music 2019, the Aesthetics of Imperfection Workshop tackled a central issue of creativity in music and other arts: improvisation and spontaneity.

Musicians and researchers engaged with the nature of improvisation as part of an aesthetics of imperfection, which values spontaneous creation and openness to contingencies in the performing situation over rigorous planning and refinement of form.

Headliners from the festival’s programme of concerts opened up on their principles and approaches to improvising – how they embrace risk and failure, how you can practice to be spontaneous, and whether improvisation is a kind of composition.

A selection of recordings of workshop talks, and more about the Aesthetics of Imperfection, are available at https://www.andyhamilton.org/aesthetics-of-imperfection.

Durham University contributed additional funding, and thanks are due to Wesley Stephenson and the Newcastle Festival of Jazz and Improvised Music team, The Literary and Philosophical Society, and Newcastle Arts Centre.