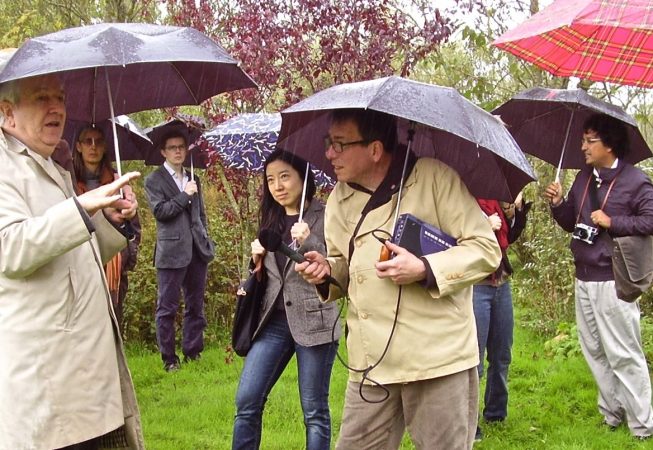 The next BSA Connections award will be in 2024, with a Call in late 2023. Our 2022 announcement is below, for information only.

The British Society of Aesthetics is pleased to announce an eighth round of funding for its successful Connections series of conferences.  The Society is looking to fund one conference with a grant of up to £12,000.

Organisers are also asked to encourage members of other underrepresented groups to submit papers/abstracts and to take diversity into account when making decisions for inclusion in the programme.

Please note that the Connections award runs biennially in even years.

Proposals should be sent to admin@british-aesthetics.org no later than Monday 24 January 2022. They should be no more than 2,200 words long, and include a proposed date range and venue, a draft budget, an explanation of how the conference conforms to the BPA/SWIP guidelines, and a list of proposed speakers and topics (indicating which speakers have already agreed to contribute, conditional on the success of the application). Applicants will be informed of the outcome of their applications by the end of February 2022. A final budget and conference report must be supplied within 18 months of the event date.

The BSA strongly prefers to sponsor events that are open and free to all. So if insisting on a registration fee, this must be justified. Also, note that it is not necessary to budget substantial expenditure in support of UK-based early career speakers (e.g., postgraduates, those who have completed their PhD within the past 3 years, and those in temporary/fixed-term contracts without access to travel funding). Instead, such speakers are to be encouraged by applicants to seek funding through the BSA Travel Stipend scheme, which can provide travel support of up to £800 per year to each applicant. Full details of the scheme are available here: https://british-aesthetics.org/portfolio/travel-stipends/. Where this funding is insufficient to cover such speakers, or one or more speakers has used their £800 for the year, only then should expenditure in support of UK-based early career speakers be budgeted.

Where the application includes funds for an output, e.g., a short film, a podcast or similar, proof of past experience must be supplied so that the BSA can be assured as to the quality of the final product.

On request, funds are available to facilitate the participation of disabled speakers and delegates; suitable documentation will be required.

Any questions about this Call for Proposals should be addressed to the Treasurer of the BSA, Lee Walters, at L.Walters@soton.ac.uk

2020 Conceptual Engineering & Aesthetics, Open University
2019 Aesthetics in the Reasons Revolution, Edinburgh
2018 Creativity Across the Arts and Sciences, Bristol
2017 Aesthetic Emotions, Senate House
2016 Aesthetics and the 4E Mind, Exeter
2014 Perception and the Arts
2014 Race and Aesthetics
2013 On Aesthetics and Mathematics, UEA
2013 Realism and Antirealism in Metaethics and Aesthetics, Cambridge