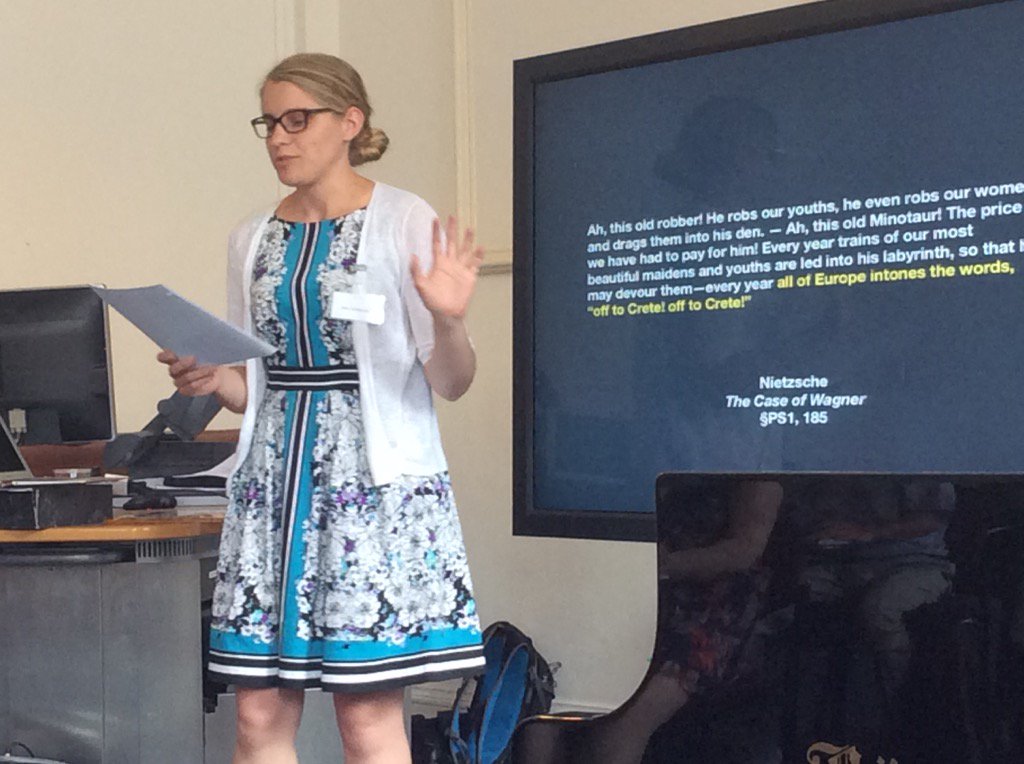 On Thursday the 13th and Friday the 14th of July 2017, King’s College London welcomed nearly 200 delegates to the 6th Conference of the Royal Musical Association Music & Philosophy Study Group. The Group has now moved to a model of biennial conferences, the last being held in 2015 and the next planned for 2019. This year was one of the best turnouts the MPSG has ever had.

The conference also included two roundtable sessions. One of these was devoted to the work of Jean-Luc Nancy. While Prof. Nancy could not appear in person, there was a recorded video conversation of him in dialogue with Naomi Waltham-Smith (Musicology, UPenn), following which there was a panel considering themes from his work. The second of these sessions was an author-meets-critics session devoted to Roger Scruton’s The Ring of Truth, his recent study of Wagner’s Der Ring des Niebelungen.

The rest of the program fell into three categories: a) Free Sessions, made up of papers submitted to an open, and un-themed, call for papers; b) Themed Sessions, organised by individual session convenors, who proposed the topic to MPSG, then issued calls for papers and selected papers themselves; and c) Associates Sessions, hosted by other organisations with related interests, and invited by MSPG. Across these different formats, 74 speakers presented in parallel sessions. Several of these included a performance component. A tremendously diverse range of topics in music and philosophy were covered, and speakers included philosophers, musicologists, and scholars in cognate disciplines, as well as some performers. Speakers ranged from well-established senior figures to graduate students and early career scholars.

This conference, as several participants commented to the organizers, has now become the premier international music & philosophy event, as well as one of the largest conferences in aesthetics.

We continue to be grateful to the British Society of Aesthetics for their ongoing support.

SWIP: Of the invited keynote speakers, one (of two) was a woman. For speakers on the rest of the program, 34 were women (of 74).